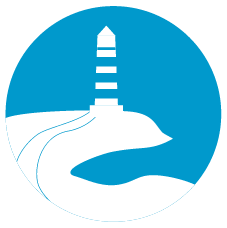 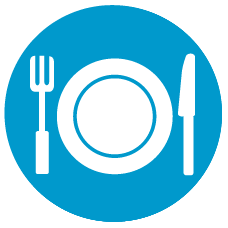 Our easiest trips. Well suited for beginners, seniors and families, who are looking for a relaxed cycling event. Flat routes with sometimes a gentle slope. Short distances; not more than 35 km/21 miles per day. There’s still enough time ‘to smell the flowers’. Often trips along rivers and seashores like the Loire river or the Atlantic Coast.

These trips, for the ones who are cycling now and then, are a bit more challenging. Still these cycle adventures remain relaxed holidays. The steep slopes are short, while the longer slopes are not so steep. The landscape varies from flat land to gently hills. The distances, which are not more than 50 km/31 mi, make the cycling days a bit longer.

These are trips for more sportive people who are cycling regularly and having a good condition. The slopes are longer and steeper, the daily distances mostly between 50 km/31 miles and 65 km/40 miles. There are more challenging days during these holidays. Often these trips are taken place in the more hilly and a bit mountainous regions..

For those who want to search for their cycling limits and have a splendid condition. Some big climbs, long and demanding distances (mainly more than 65 km/40 miles) makes those trips a challenging event.  Those cycle adventures are taken place in the more mountainous regions of France.

These challenging adventures are only for the experienced cyclists who have done those kinds of longer and strenuous trips before. The combination of long daily distances with regularly steep climbs are making these challenges great for the ‘tough few’.

Follow the Atlantic Ocean coast and finish in the city of wine, Bordeaux an entertaining/amazing part of the ‘Vélodyssée’.

During this relaxed coastal road you can enjoy the woods, dunes, salt sea air and the sparkling light. Take a break now and then for a refreshing dive into the sea or a nice lunch in this Eldorado for ‘seafood’ lovers !

The route descriptions we have made for this trip will be supplied via a travel app, for “GPS” navigation with visual/audio guidance (reading of the track on your smartphone). When you book this self-guided cycling holiday, we will send you explanations on how to use this app and send you an access code. The app contains routes and practical and tourist information.

You individually travel to La Rochelle. Check in at your hotel. Have you arrived early, take a stroll through the capital of Charente-Maritime, vibrant and full of character, well known for its mild climate. Discover the lively Vieux Port full of outdoor cafés, busy shopping streets and many town monuments.

As the famous towers which defend the port of La Rochelle hove into view, a cycle path section takes you to the Port of Minimes, then onto the Cove of Godechaud, right next to the sea. The delightful Bay of Châtelaillon now comes into sight and offers weary cyclists a very pleasant stopping point. After the Bay of Châtelaillon comes a pretty seaside section before heading back inland towards the ‘royal city’ of Rochefort. While the middle section of this route might appear somewhat commonplace, the remarkable town of Rochefort is well worth exploring.

It’s with great regret that you leave behind Rochefort, its gardens on the banks of the Charente and its transporter bridge of Martrou. You take the former steam-train tracks – now greenway – and La Vélodyssée meets the marshes, criss-crossed with little channels, before heading onto the oyster centre of Marennes. The Marennes Country, home to the leading oyster farms in Europe, spreads over salt marshes and the Seudre estuary. End of your cycling day in La Tremblade, an authentic village. In summer, the sea festival is a must: traditional boats, oyster opening competition, giant eclades and fireworks!

You start today along the famous “Côte Sauvage”, here cycle paths are numerous and a truly memorable part of the route takes you through the forest of Coubre (and its lighthouse "Phare de la Coubre"). Farther, enjoy the splendid sea views. Following cycle lanes, the itinerary weaves through the coastal forest and array of pretty beaches, one of which is the charming village of Saint-Palais, before reaching the sandy beaches of Royan. All you have to do is to enjoy this seaside resort and catch a boat tomorrow morning!

Take the ferry to cross the estuary of the Gironde to reach the region Medoc famous for its great wines. Upon entering the Gironde, a new world reveals itself to travellers. Pleasant cycle lanes wind their way from Verdon to the charming Soulac-sur-Mer with its lively streets and pretty seaside villas, you take the path towards Montalivet. The sea entices you in for a cooling dip; south direction to Hourtin, there is a more forested area which is most pleasant in hot weather.

Through a long forest, leaving Hourtin to reach bank of the estuary of the Gironde and the vineyards of Pauillac. A day to discover the real natural diversity of the Médoc. The end of your cycling day takes you through the most renowned international vineyards, you stop in the prestigious village of Margaux, land of “Grands Crus”!

For your last day on bike, leaving the prestigious “Château Margaux” and cross the vineyards until you reach the gates of Bordeaux. Enter in the beautiful old center, cross the city along the banks of the Garonne and end this adventure on the famous “Place de la Bourse”. Bordeaux, the old town, closed to cars, is ideal for the walking tour. Discover the medieval streets and the magnificent white stone buildings.

After breakfast, end of your cycling trip. Some time left? We advise you to extend your stay in order to take the time to visit the beautiful Bordeaux!

All accommodations are carefully selected because of their location, atmosphere and/or unique services.

We choose comfortable 2*/3* hotels or B&Bs where all rooms have private en-suite bathroom and every morning breakfast are included. 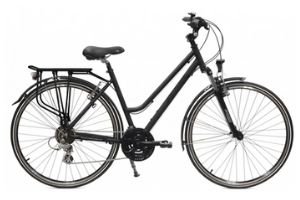 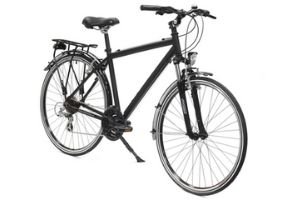 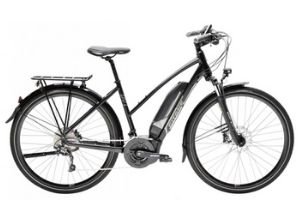 Maps and tourist information on all the places of interest

Luggage transport to your next accommodations. Luggage accepted per person: 1 suitcase or travel bag (20 kg maximum)

We will supply the directions of this trip with a personalized code which gives you access to the navigation App of Ride with GPS.

When you start the tour in Amsterdam, Bruges, Utrecht, Bunnik and Huizen it is possible to rent a GPS device (€ 10 each).
GPS tracks are available for all tours

The closest airports are Nantes Airport or Bordeaux Airport.

Also possibility of arrival in Paris airports Charles de Gaulle in the North and Orly in the South are served by a large number of scheduled and low cost airlines.They are connected with Paris by metro and bus services. From Paris you can take a train to La Rochelle, see below.

You can get to La Rochelle by train. For time tables and further information look at the website of the SNCF or TER-SNCF

On the end of your trip you can take a train from Bordeaux. For time tables and further information look at the website of the SNCF or TER-SNCF.

Previous Next
your tour specialist: